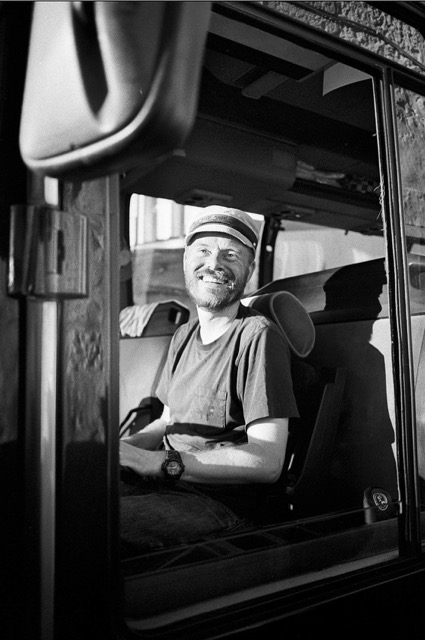 Christoph Bangert was born in 1978 in Daun, Germany and works as a photographer, author and educator. He studied photojournalism and documentary photography at the International Center of Photography in New York. Since graduating, he has photographed in Afghanistan, Palestine, Lebanon, Japan, Nigeria and Iraq, among other places.

His pictures have appeared in the Frankfurter Allgemeine Zeitung, Neue Zürcher Zeitung, Zeit, Cicero, GEO, Stern, Neon, Spiegel, Time, Newsweek, New Yorker and the New York Times Magazine. On assignment for the New York Times, he documented the wars in Afghanistan and Iraq from 2005 to 2013. Bangert took part in the Joop Swart Masterclass 2007 and his work has been awarded the World Press Photo Award, Pictures of the Year International Award, German Photo Book Award and has been nominated for the W. Eugene Smith Grant, Prix Pictet and Aperture Photo Book Award.

Christoph Bangert is represented by laif agency. He co-founded the laif cooperative in 2022 and is currently serving on its executive board. As a jury member he served the Nannen Award, Otto Steinert Award, Joop Swart Masterclass and World Press Photo Award.

Christoph Bangert lives in Cologne, Germany together with his wife Chiho — a Japanese photographer and graphic designer he frequently collaborates with — and their two daughters.